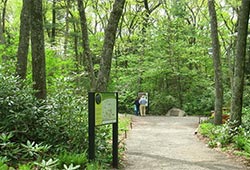 We offer the following in Framingham, MA

About Framingham, MA - Happy to be your hometown Heating & Air Conditioning Contractor!

Framingham, Massachusetts was settled in 1647 and named for the town of Framlingham in Suffolk, England. In the years prior to the Civil War it was a center for abolitionist activity, hosting an annual anti-slavery rally which attracted such notable figures as William Lloyd Garrrison, Sojourner Truth and Henry David Thoreau. The population boomed in the post-WWII years, as Framingham grew into a major Boston suburb. Today, this Middlesex County town has a population of nearly 70,000, and was named by CNN Money Magazine as one of 2012's “Best Places to Live”.  Famous residents have included Crispus Attucks, former slave killed in the Boston Massacre, former Red Sox pitcher Roger Clemens and musician/film director Rob Zombie.

Framingham boasts numerous recreation areas, including parks, lakeside beaches and a botanical garden called Garden in the Woods which is operated by the New England Wildflower Society and boast's the region's largest landscaped collection of native wildflowers. Other local attractions include the Framingham History Center, the Danforth Museum of Art and the Amazing Things Arts Center. Framingham's climate ranges from low temperatures in the teens in January and February to highs in the mid-eighties in July and August. Annual events include the Earth Day Festival in April and a church-sponsored craft fair and pie sale called Pies on the Common, held every October.