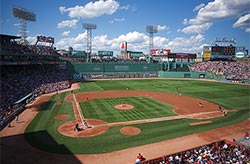 We offer the following in Boston, MA

About Boston, MA - Happy to be your hometown Heating & Air Conditioning Contractor!

Boston, Massachusetts is the state capital as well as its largest city. It is one of the oldest cities in the nation, as it was founded by Puritan colonists in 1630. During the Revolutionary War, Boston was the site of such critical incidents as the Boston Massacre in 1770, the Boston Tea Party in 1773 and the Battle of Bunker Hill in 1775. Today the city is known for its numerous colleges and universities, including Boston University, Northeastern University, the New England Conservatory and the Massachusetts College of Art and Design. These schools, and numerous others, have given Boston the title “Athens of America”.

Boston can also boast three major sports teams with venues right in the city: Major League Baseball's Boston Red Sox, who play at Fenway Park, and the National Basketball Association's Boston Celtics and National Hockey League's Boston Bruins, who play at the TD Garden. Another major sporting event which takes place in the city is the Boston Marathon, held every April. Although the race starts out in the town of Hopkinton, 26 miles to the west, the finish line is located right in Copley Square next to the Boston Public Library and in the shadow of the Prudential Building.

Boston's climate, while it retains the long, cold winters typical of the New England region, is tempered by its coastal location. This does mean, however, that the city is prone to Nor'easters and receives a higher than average amount of precipitation. January is the coldest month and July the hottest, although summers tend to be on the mild side.